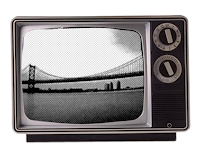 The question was this:

"Please can you help me to understand why the look of our website seems to change from time to time...?"

There are actually many reasons why the same site can appear different. I will attempt to explain why this is the case. But firstly I thought I'd use an analogy which may help: 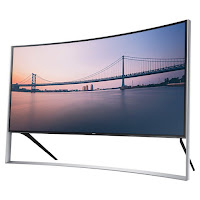 Imagine a TV program being broadcast. The signal is the same for everyone. Its the same program and its the same sound track and same picture being transmitted. Now imagine viewing this on an old mono black and white TV set and then comparing this to viewing the same broadcast on a brand new curved screen, ultra high definition, dolby stereo sound TV...

Now think of your website as a TV broadcast. The HTML code is the same but each 'viewer' has multiple ways of seeing it.  From device type to browser brand. Web browsers view HTML code differently dependent each brand - and then of course each browser can be set up or defaults to a different specification. For example the default text size may be set larger or smaller and this can have a dramatic effect on any site's appearance.

Who knows why they do not have one standard but they never have and, most likely, never will (think Apple vs Microsoft vs Google vs anyone else...) So in effect, your website can be viewed using an almost unlimited configuration of technologies and formats.

But it gets even more tricky, because now we have different sized devices, some with touch-screen some without and this can ALL affect not only the way a site looks but also the way it behaves and operates.

(Think of it this way: kids today think nothing of touching a screen to 'make things happen' but only 5 years ago nobody wanted fingerprints all over their screens!...its a complete change of culture - if your website is not configured to work with touch, swipe and tap then you are most likely missing an opportunity).

If your site is built in Wordpress (WP)  most of you will have no control over the way your chosen theme 'decides' how to display a site (unless significant bespoke coding is continually reviewed and added in as browser version advance). This is one of the pitfalls of WP - if the original theme developers don't 'keep up' with new browser technology then your site will become redundant sooner rather than later.

But it gets even more muddy with Wordpress - if you imagine also that each 'plug-in' provider has their own agenda and each develop at different rates then you can get clashes very quickly and sometimes even total site failure. For example, one site we manage has 40 active plug-ins (so you can imagine the potential for clashes and things to go wrong). In fact 17 of these plug-ins actually said that there were updates available - however if one did update then its highly likely that the site would instantly fall over as the updated plug ins would clash with older ones - aargh!

So if you have a Wordpress site you have to settle for with what you get, or be prepared to pay for someone to manage and update the site for you. Unless you are an experienced coder then it highly likely you would struggle with the interface.

However, this doesn't just affect Wordpress sites - exactly the same issues apply to a bespoke coded site. The main advantage being that there is generally a more consistent code base which makes updating it less risky and usually faster ad more reliable. Of course it is all down to the developer and their ability to respond to your need.

Fact is that most clients and marketers don't really care about the reasons, all they want is a site that works and looks right, every time on everything. Which really shouldn't be too much to ask in 2015!

If you want your site to have a chance to look right on every device then why not give us a call on 01332 291141 for a chat, we will be happy to help you make the right decision when it comes to architecture and code base.