Yes, its that time of the year when we try to sort out some Christmas collateral - and this year we produced this rather eye-catching video sting for Denmaur.

Along with a topical soundtrack and seasonal images, this simple little movie can be added to emails, websites, and just about any social media site.

It is almost two years since I had my knee injury and was told I'd never ski again. I had ACL, MCL and PCL replacement and have lost most of the meniscus on my right knee.

But here is some video of me last week skiing down to the Wedelhutte in Hochfugen. Admittedly my technique is a bit suspect, but my balance is ok and I am able to manage piste skiing with no real issues. Just light pain on some sharper turns.

The proof is in bumps, moguls and off piste. Which I intend to address in 2017 after building up some more muscle mass...

I am wearing a brace on my right leg similar to the same used by Lindsay Vonn and a few other FIS participants. It basically gives some leg support until my muscles are strong enough.  It also helps to protect the leg and gives stability during recovery.

This movie was seen by Dragan Lausevic - the Serbian Mogul ski champion and his comments (I kid you not): "He's good, I thought he was just a recreational skier" High praise indeed apparently coming form the Serb... until I read further to see that he then said "his left leg is fucked though"...clearly a reference to the extra work its having to do to compensate for my damaged right leg!

No matter, I am very happy to be back on planks and sliding about...regardless of style!
3 comments
Posted by parky 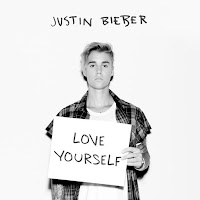 If like me, you are a top ten addict, then you may enjoy this post...just when you thought the internet couldn't get much worse here we go with a run down of the top ten most HATED people on the planet...(according to a poll on one website).

Please note that these are not opinions necessarily shared by us at PE - we are merely reporting!

10 - Coming in at a strong number ten is George W Bush. "GW didn't create the mess we're in today; he just exacerbated it..." Surely, you say there are worse people than him. Well, yes. There are...apparently.

9 - Miley Cyrus - "She is so annoying and nobody actually thinks that she is a good singer. She tries to raise her fame by making out with pretty much everyone she finds available!" Annoying maybe but hated?

7 - Kanye West - again, how can this chap be so disliked: Comments include "He has little to no talent yet has the confidence to call his latest album 'the best album ever made". How can an entertainer be so disliked?

5 - Marian Rivera - no idea who she is - but presumably someone from the US of A.

4 - Joseph Stalin - "his red terror campaign, great purge and the infamous gulag death camps have killed millions of people" - Now this is understandable and I can see why he is on the list.

2 - Adolf Hitler - "This man was the most terribly evil person ever in history. And probably will be for hundreds if not thousands of years" Enough said...

and in the number one place - would you believe its none other than the one and only:-

1 - Justin Bieber - One commenter says: ""I just keep on laughing every time I see Justin Bieber as no. 1 on the "worst" and "most hated" lists. He is REALLY BAD, LoL."

Tragic and funny though this list is, it really does tell you all a lot about people and polls - we have seen some bizarre results from recent polls. For example who'd have believed a year ago that Donald Trump would be President elect and that the UK would no longer be part of the European Union?

In essence, can we ever really believe a POLL. Just because someone has written it on a web page does not make it so, but its human nature to believe what we read when it appears 'official'. And did you know that cats can actually smell colour?

It is really amazing how the internet has changed all our lives. How we buy, how we research, how we market ourselves, how we communicate. Truly a revolution in our own lifetimes.

We cannot believe how quickly time has passed since we built our first "Parkhouse Evans" website. It was in 1995. Twenty one years ago.

Think about that for a moment. We have been successfully providing websites to customer for over twenty years. You'd think we'd know what we are doing by now!

So here is a list of things from 21 years ago which would have influenced our lives:

Biggest Selling UK Record: Robson and Jerome - Unchained Melody
Biggest Film of the year: Toy Story
Album of the Year: Jagged Little Pill, Alanis Morissette
Top TV Show: ER
Jennifer Aniston is a hit on Friends and influences hairstyles
Blue M&Ms are introduced to the other colors
John Major becomes Prime Minister
OJ Simpson Trail ends in Not Guilty verdict
Javascript was released by Sun Microsystems
PHP was launced officially (if you use Wordpress your DB is 20 years old!)
Larry Page and Sergey Brin begin developing a search engine called BackRub with PageRank, an important technology that becomes an important part of Google.
Microsoft Windows 95 is launched (obviously)
EBay is founded by Pierre Omidyar on September 3, 1995.
Masters Tournament  was won by Ben Crenshaw
U.S. Open by Corey Pavin
British Open by John Daly (it was the last time the official record of scores was written by hand - I have the actual record sheet form the Open in 1995 - offers in writing please!)
PGA Championship by Steve Elkington

Some seem like only yesterday whilst others seem like distant memories. One thing is constant, quality always wins...its a maxim we have lived by at PE Creative. It has served us well.

To see the original PE Creative website in all its glory (and also testament to the longevity of the code) please click here.

RSM has had a revamp of their literature. With a range of new services and software products we helped them to develop this new suite of literature, aimed at the IBM Mainframe market.

Along with a new website to follow, this new look represents a great platform for RSM to build on their already impressive services portfolio.

Watch out for the new websites soon! 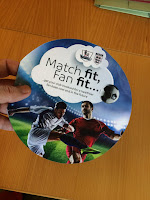 The FA have not really been having much good press recently, what with mentions of bungs and no poppys allowed on players.

Westfield saw an opportunity to help them to improve their image with offering team fans the chance to monitor their health. The concept being to engage every team in the UK and to develop a program to encourage their fan base to get fitter.

We can see a national league of health - which team has the fittest fans! 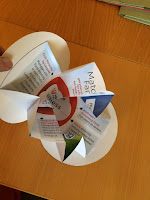 To help sell this concept into the FA, we helped Westfield Health by develop this engaging communication piece. Entitled "Match Fit Fan Fit" this quirky mailer is football shaped and 'fans' open to reveal a compelling message about the benefits of taking part.

Only four initial visuals were created by hand and we understand that some of them are now in the headquarters of the FA...under consideration. If this project goes ahead it could be replicated in specific team colours and branded to each team/division etc. A very exciting and worthwhile program could be underway. 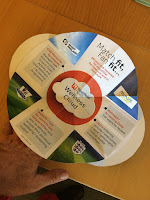 If you need some concept work or an idea developing, why not let PE Creative help you to make it a reality. Just call us on 01332 291141 for a chat and we can discuss your needs.

On a late season golfing trip to Lake Garda in Italy I caught this beautiful puss 'rolling'. Somehow the light, aesthetic and crop are in almost perfect harmony.  There is something about the bike and pot along with the perfect ambient light that makes this a beautiful shot of a furry friend.

One wonders if its just luck or artistic eye that gets a result like this, whatever it may be I am
lucky to have met this feline friend!

After ten years in their old offices, Centiq recently moved into new prestigious premises in Nottingham.

The new office has a really decent sized break out area into which the MD, Glyn Heath wanted to reflect some of Nottingham's views. Between us all, we came up with the idea of a view of Nottingham Castle and of course Nottingham's own Robin Hood.

As you can see from the results, the room now has a really striking look.

You can see the logo hidden within the trees if you look carefully and again into the wall behind Robin. 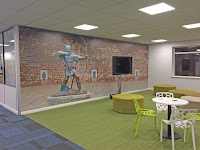 The photograph of Nottingham Castle was taken especially for the project by much missed ex PE Creative employee, Lois Webb. She did a lovely job, so thanks Lois.

If your interior is in need of some sparkle or or just a facelift, then why not give us a call on 01332 291141 and we can discuss how to visually get the best out of your environment.