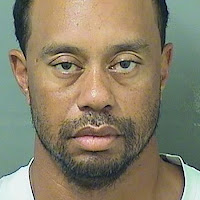 As an avid golf fan I was saddened by the demise of one of the games true greats, a child phenomenon and genius. A winner of 14 majors, and 73 PGA wins. A player who won 25% of the events he entered. Nobody else in the modern era has even come close.

Tiger Woods may be the greatest golfer of all time, if stats alone were to weigh. However he has (only!) won 14 majors against Jack's 18. So the history books will only ever have him in second place in this respect.

From a glittering start to his professional career "Hello World" to his loss of form and breakdown of marriage and health, Woods has always been in the news. Be that good or bad, his presence on a golf course or at an event creates a buzz.

I have seen him play the Open several times (at the Belfry Ryder Cup, St Andrew's when he won, at Open, Lytham when he lost to David Duval and at the Open Hoylake when he won a few months after his father's death. He stood tall and confident, almost ethereal. At the pinnacle of his game.

Yesterday the news of his arrest for DUI and subsequent press photos is just so sad. It almost underlines his current life status. Jack Nicklaus made the comment that "we need to help Tiger" and I completely agree.

Tiger brought so much to the game - distance, power, accuracy, charisma, deft touch, not to mention some of the greatest shots we will ever see. Those of us who saw him in his prime will never forget the sound of his ball striking, nor the elegance and poise. How should the game repay him?

I think that 'someone' should take control of the situation - I have no idea how this could happen or who could do this. But clearly he needs support.

The golfing community needs to do this.