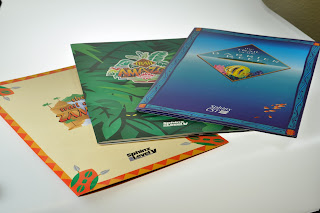 Perhaps the most successful loyalty campaign we have been involved in. Not just for the creative but the whole atmosphere that was created by the Sphinx team.

Originally the "Trail of the Sphinx" the incentive ran for 7 years and became an 'industry event' much talked about. Each Trail allowed distributor Sphinx to engage with channel resellers and vendors alike in one exciting location over several days.

Revenue throughout the Trial incentives increased from £21m to £100m and much of this can be attributed to the goodwill shown and customer retention gained from these prestigious events.
Posted by parky